Micro fuel cell company myFC is in the process of developing a new hybrid platform with both fuel cell and battery. JAQ Hybrid, the first product based on the platform, makes its international debut at Mobile World Congress in Shanghai June 28-30. 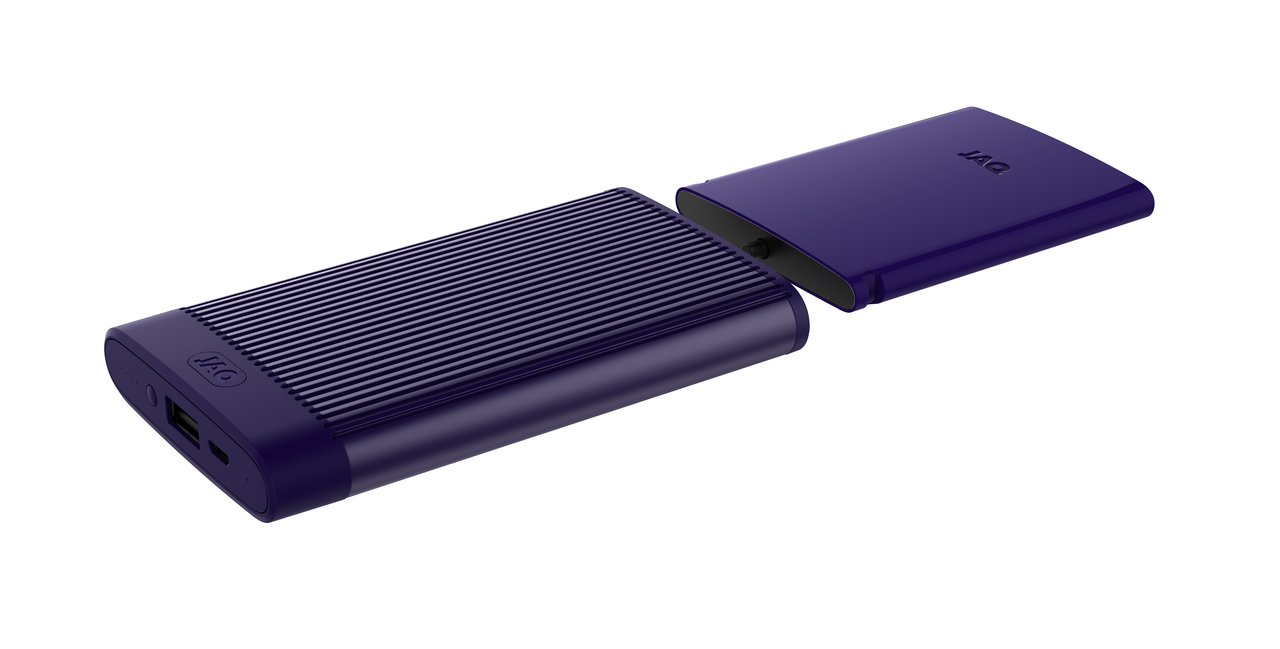 Fuel cell charger JAQ Hybrid can both produce and store energy, which gives users complete flexibility and true mobility. It is charged either with myFC’s patented fuel card, using salt and water to produce hydrogen, or through a regular power outlet, depending on access and preference.

“With JAQ Hybrid we’ve made the world’s smallest fuel cell charger even smaller and smarter. It’s a big step toward our vision of constantly available green energy. We at myFC are convinced that hybrids are the future of the power bank market, and we aim to lead that development,” says Björn Westerholm, CEO at myFC.

JAQ Hybrid is designed by award-winning design agency Aruliden, and will initially be available in three colors: the signature JAQ purple, white/gold, and charcoal black. It delivers an output power of 10.5 W, capacity of 4,000 mAh, and weighs about 200 g. Each card is 1,250 mAh. As the charger can store energy, multiple cards can be used to charge several devices. A power card of 2,500 mAh will be introduced later, using the same standardized interface. JAQ Hybrid is fully compatible with Android and Apple iOS smartphones, tablets and USB 5V devices. It is compliant with international air safety regulations.

This information is information that myFC is obliged to make public pursuant to the EU Market Abuse Regulation. The information was submitted for publication, through the agency of the contact person set out above, at 01:55 CET on 28 of June 2017.