myFC will showcase a prototype of its first smartphone case with integrated fuel cells, LAMINA INcase, when Mobile World Congress kicks off on Monday. The case fits Samsung's new flagship model Galaxy S10 and is produced in collaboration with premium case manufacturer Krusell. 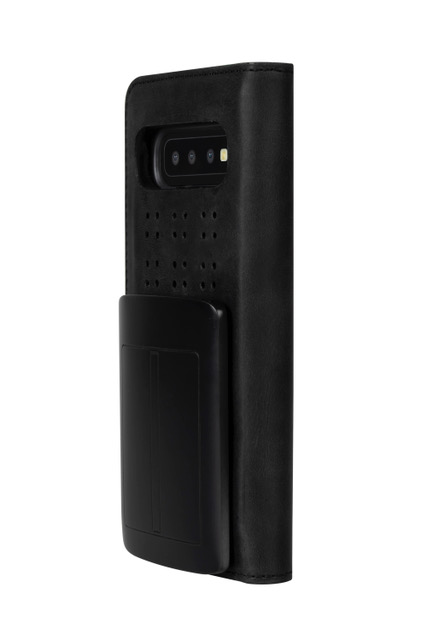 During the fair, a prototype of LAMINA INcase will be showcased. It is designed for Samsung's new flagship model Galaxy S10, which was launched on February 20, 2019. The design of the shell has been developed in collaboration with Krusell, a Swedish manufacturer of premium mobile accessories. Additional models and brands are in the pipeline.

“We want you to never have to worry about a depleted smartphone battery ever again. You should be able to use all the services that make your everyday life easier and more fun without limitations – from flexible e payments to showing your ticket on the bus, streaming movies and doing work without worrying about a discharged smartphone, says Ville Lejon-Avrin, sales manager at myFC.

myFC has developed the LAMINA MAX platform for the integration of fuel cells in and near smartphones. LAMINA INcase is the first commercial application of the platform. During MWC Barcelona, myFC will also showcase LAMINA MAX and the company’s fuel cell-based power bank JAQ Hybrid. All are charged with myFC's fuel card, which creates green energy using water, salts and reaction components.

“With LAMINA INcase we’re taking take another step toward integrated fuel cells in smartphones. What sets our solution apart is that our fuel cells relieve the built-in battery in the phone, and our fuel cards create energy on the fly, free from the wall. LAMINA INcase could become a game changer for smartphone manufacturers and anyone using smartphones, says Sebastian Weber, Chief Technology Integration Officer at myFC.

This information is information that myFC is obliged to make public pursuant to the EU Market Abuse Regulation. The information was submitted for publication, through the agency of the contact person set out below, at 07:50 CET on 21 February 2019.