myFC setting up business in China

Swedish myFC Holding AB is launching the JAQ fuel cell charger onto the Chinese market through a collaboration agreement with Hong Kong-based Novel Unicorn. The companies are starting up a joint venture company which will work with the marketing and sales of JAQ in one of the world’s fastest-growing mobile telephony markets. 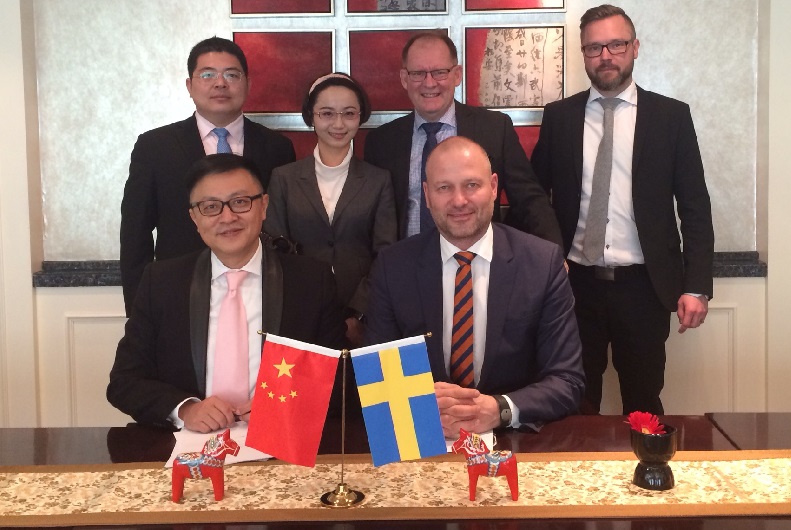 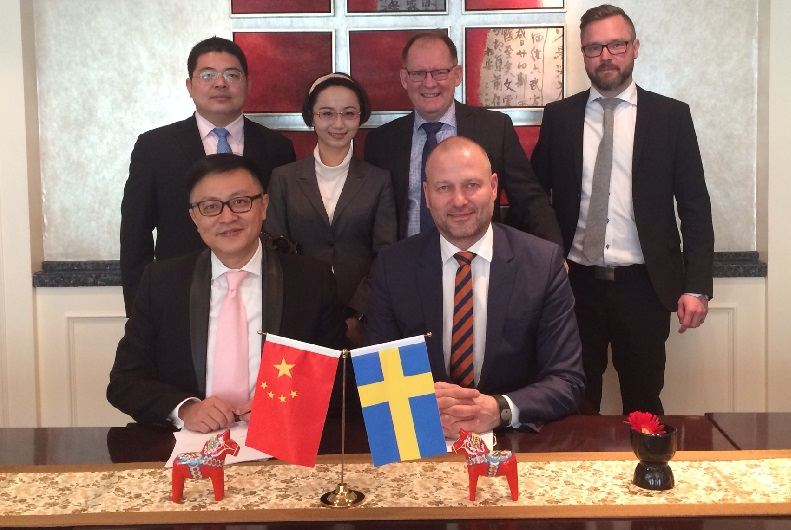 myFC Holding AB (“myFC Holding”) has formed a joint venture company, myFC Asia Ltd (“myFC Asia”), together with the Hong Kong-based investment company Novel Unicorn with the purpose of working the Chinese telecom market. Novel Unicorn has long and extensive experience within the areas of telecom, fine tech and access solutions in the Chinese market. The joint venture’s goal is to introduce and establish JAQ, the world’s smallest and most
powerful fuel cell charger that provides green electricity to cell phones and tablets, to the Chinese market.

myFC Asia will initially be 70% owned by Novel Unicorn and 30% by myFC Holding. The joint venture agreement comprises predetermined goals concerning sales volumes and income from the Chinese market extending up to and including 2018.

On the condition that these goals are consistently met, Novel Unicorn has the right to remuneration in the form of warrants in myFC Holding. This will be accomplished through a sanction by the Annual Meeting, or alternatively through a decision made at the Annual General meeting.

Within the framework of the agreement myFC Holding has an irrefutable option to increase its ownership in myFC Asia from the original 30% up to 100%, which is also tied to the achievement of certain sales targets. The option is valid for a period of time of up to nine months from the creation of the company.

"JAQ is the type of the product China would like to embrace nowadays, given that the country's specific attention has been shifted to a more technology driven and environmental friendly product category. In addition, such product fits the popularized "on-the-go" life style of Chinese youngster generation, especially in those major metropolitan areas, such as Shanghai and Beijing. We are pleased to have this opportunity to assist myFC's major commercialization endeavor, and are confident that JAQ will soon have a good reception at this marketplace while myFC will have a solid, long term establishment in region." Dave Q. Wu, Managing Partner at Novel Unicorn states.

”China has an incredible sought after market with great potential, specifically within the mobile segment. With its 1,4 billion population and the world’s biggest smartphone market, in combination with their demand and focus on more environmentally friendly energy solutions, this is an important and significant milestone for myFC. China has some of the biggest carriers in the world and by starting a company there, we will open up the opportunities and possibilities to move forward faster in one of the world’s biggest and most interesting markets.” Says Björn Westerholm, CEO at myFC.