As previously announced, the innovative fuel cell company myFC takes an important step towards a commercial breakthrough. One of the global giants in soft mobility starts a collaboration to test myFC's solutions with scalable micro fuel cells integrated in their products.
“It is just the right type of customer and development project, I see great potential both for them and us,” says Michael Glantz, CEO of myFC. 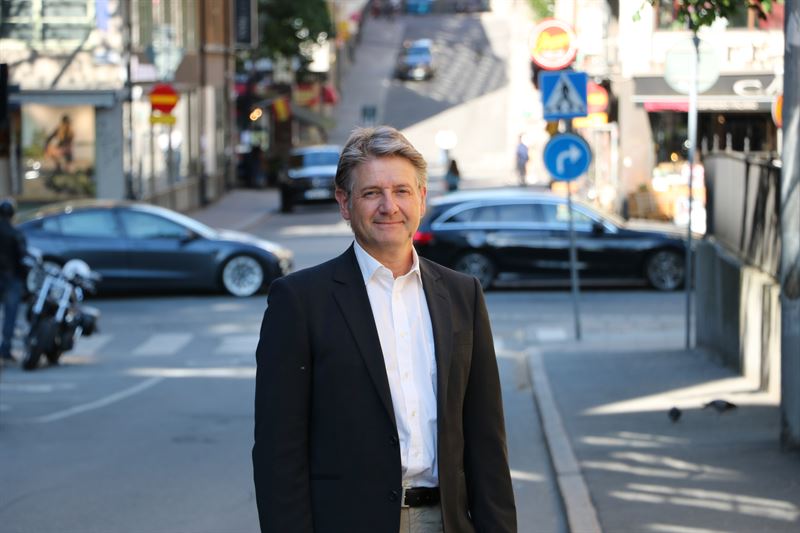 The order comes from Lightec Inc. in Tokyo, Japan, that represents a global component manufacturer in E-mobility.

“For the time being, I am limited by a confidentiality agreement, but it is a large company that is very well known and well established on the global market,” says Michael Glantz.

According to myFC's board member Johnny Bräster, with many years of experience from the automotive industry, a deal and a development assignment of this dignity is exactly what myFC has tried to achieve in the past year when the business steered more clearly towards being a technology supplier for the B2B market.

“Our technology is very well suited for soft mobility, smaller electrified vehicles, such as last mile delivery vehicles, scooters and electric bikes, etcetera, where normal battery operation always means limitations. With our fuel cells, it is possible to extend the range considerably compared to be depending on batteries only,” says Johnny Bräster.

The focus on sustainable energy solutions and the increasing availability of hydrogen makes myFC's innovations and technological expertise just right in time. With the company's solutions, that combine fuel cell technology with batteries, it is possible to increase the range for electric vehicles. The technology also saves batteries and provides them with a much longer lifespan.

“Another big advantage is that a hydrogen tank can be filled in just a few minutes, a big difference compared to having to wait for hours to charge the same amount of energy from an electrical outlet,” says Johnny Bräster.

For soft mobility, the lack of infrastructure is also easy to solve.

“In principle, it could be tanks in the same size as a small carbon dioxide bottle, stacked in a rack at the local petrol station. You don’t need to build an entire chain of niche hydrogen gas stations,” says Johnny Bräster.

The fact that the collaboration is with a company, established on a global market, and that the deal takes place via Japanese Lightec Inc, makes the deal extra interesting according to CEO Michael Glantz.

“It is a country that is well known for craftsmanship and good industrial culture,” he says.

When will you go public about who the collaborator is?

“Right now, different discussions are going on and during that time we are bound by the confidentiality agreement. I will reveal that at a later stage,” says Michael Glantz.