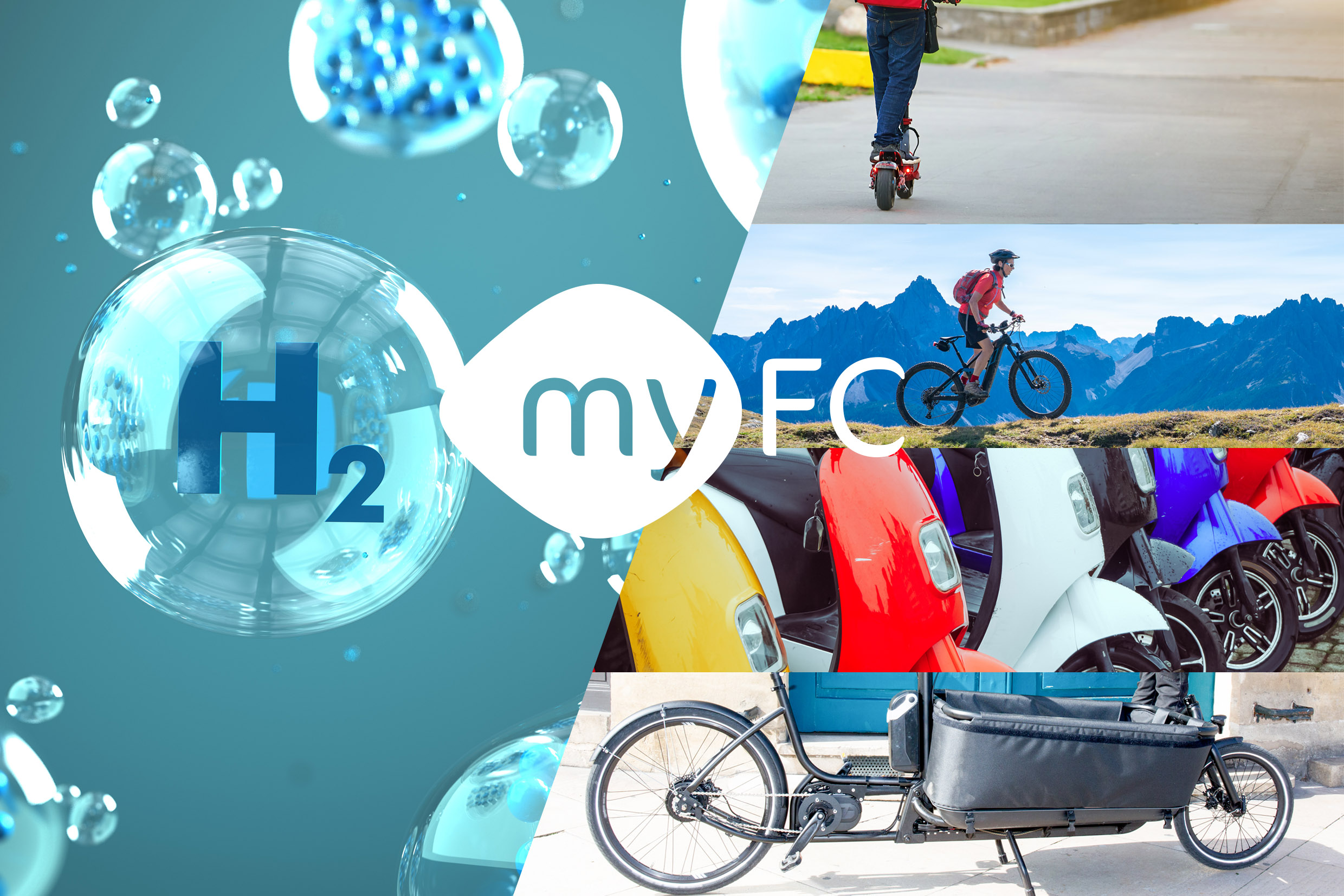 Mobility is a password of today. Climate change and strong urbanization have driven the need for smart, sustainable, and green transport solutions. A sign of the time is the IAA trade fair in Munich, 7–12 September, which on its return after the corona break was renamed IAA mobility in accordance with this transformation.
– Two of the fair's halls were completely dedicated to various soft mobility products such as electric bicycles, scooters, electric motorcycles, and more, says Michael Glantz.

Developments in soft mobility create great opportunities for myFC's unique and patented technology with malleable and scalable micro fuel cells, and the company has already received an order from a Japanese company, which in turn represents a global component manufacturer in soft mobility.

myFC's technology in combination with lithium-ion batteries provides several advantages that are attractive for the soft mobility segment, not least in terms of flexibility and operating time. The range can be extended considerably with micro fuel cells, which, unlike the dominant fuel cell technology of today – with stacked, square shaped fuel cells – can be shaped in with great flexibility. This also makes it possible to fit them in cramped spaces, such as a bicycle frame or similar applications.

The time for refueling hydrogen is also negligible compared to charging a battery, a hydrogen tank fills up in just a few minutes.
– We also see that a range of opportunities to refuel is underway, says Michael Glantz.

In parallel with the large well-established companies' investments in improving the availability of hydrogen, the pace of other types of initiatives and investments in the expansion of the hydrogen infrastructure is also increasing. One example is the Estonian companies Alexela and PowerUp Energy Solutions, which have developed a concept for selling hydrogen in lightweight containers. The concept has been established in the marina in the Kakumäe district of Tallinn. The sale is so far aimed primarily at boat and motorhome owners.
– Similar sales could be set up at a petrol station or a supermarket, says Michael Glantz.

Hydrogen is generally an energy source in tailwinds. In the EU alone, EUR 430 million is set aside to develop hydrogen alternatives as part of the ongoing green transition. It is also part of the Green Deal that the European automotive industry has entered into with the European Commission.
– Green hydrogen technology solves many of the problems that today faces. We see exciting opportunities in the coming years, says Michael Glantz.