myFC's development project for the operation of electric bicycles together with a well-known manufacturer of bicycle systems is approaching delivery.
– The project has kept to the schedule and the result looks very good, says Sebastian Weber, CTO at myFC. 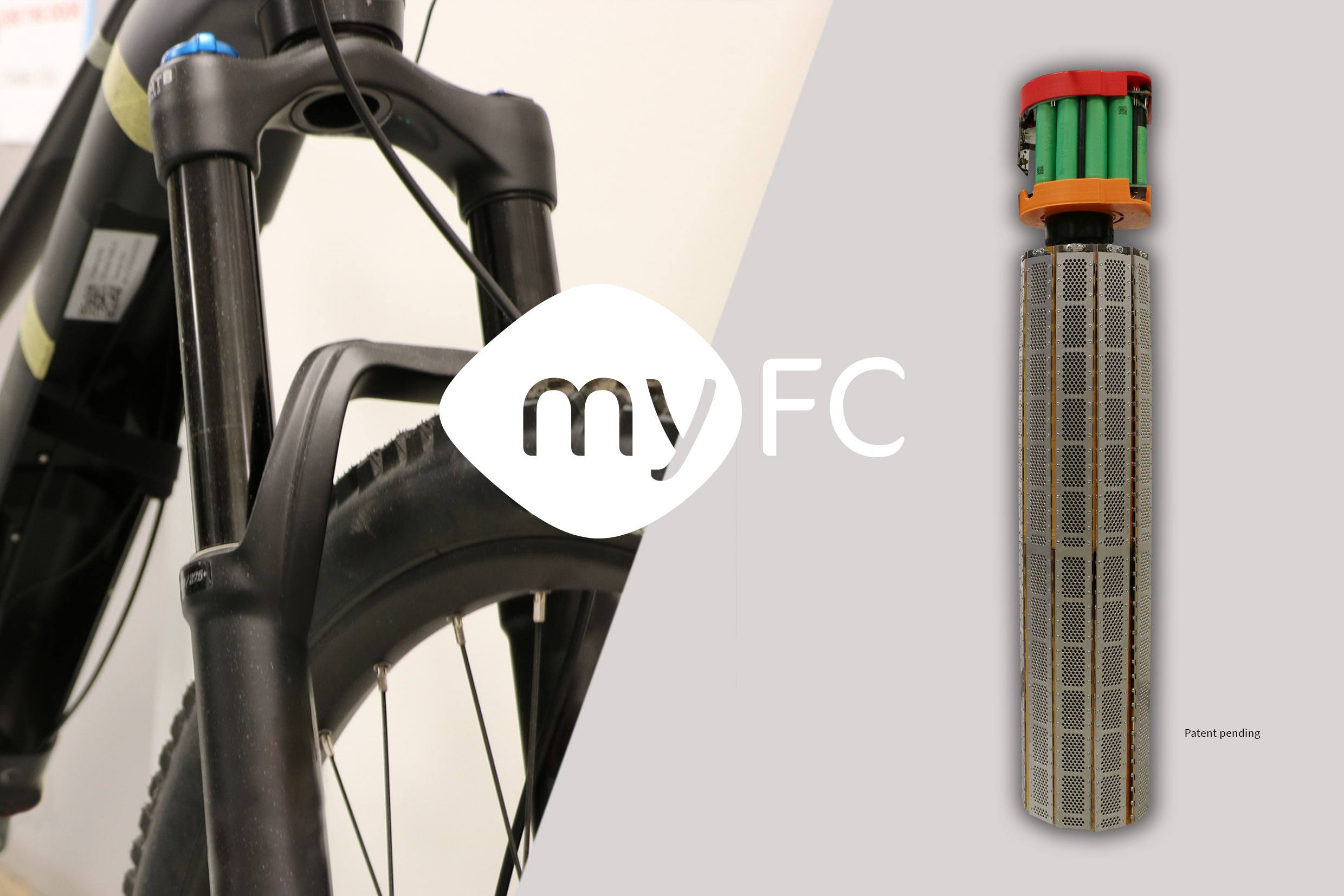 The process with the proof-of-concept started in the summer of 2021. Together with the customer, a supplier of bicycle systems with a global market, myFC started to develop a system adapted for electric bicycles where the company's technology with microfuel cells is combined with a lithium-ion battery, which increases use time and have the potential to increase the range of the bicycles substantially.
The technology is slim and can be fitted into the frame of a normal electric bicycle, which provides a very flexible solution for the end customer.
Now myFC is ready for a final phase with the project, when the system also will be delivered to the customer.

Increased output
According to Sebastian Weber, CTO for myFC, the work has proceeded very well. The new version of the company's patented LAMINA™ fuel cell used in the application has increased output power and has maximized the systems energy density.
– The project has kept to the schedule, and we have shown that we can quickly develop new versions of our fuel cell technology, and adapt it for such specific areas, says Sebastian Weber.
myFC has built up the application for electric bicycles with the new LAMINA™ fuel cell as a malleable building block, adapted to the conditions with extreme requirements in terms of fit and space efficiency that electric bicycles require.
One of the advantages of myFC's technology is that – unlike the less space and power adaptable stacked fuel cells – it can handle the thermal energy created in the fuel cells, without requiring cost-driving cooling systems.
– In the application, we have maximized the output power in relation to the air cooling.

Goals accomplished – ready for delivery
Project manager for the work is Pouya Haghighi Moud, application manager at myFC. According to him, the work was performed in an agile manner with step-wise iterations to further develop the level of maturity of the technology for the application.
– We prepared a detailed project plan which we then fine-tuned as the project progressed, he says.
And the technical goals set by the customer have been accomplished according to plan.
– Now we are in a phase of finishing work, where we are getting ready to deliver, he says.