myFC Lab Stories is non-regulatory information from myFC's laboratory. The texts reflect the work that the company's researchers and developers carry out in the development of the patented technology. The numbers and data in this text are not to be considered as a forecast for future revenues.

During the past year, an adaptation of myFC's fuel cell technology has taken place. The company has taken a step forward and developed the next generation of modular micro fuel cells: LAMINA ™ Strip.
– The effect per volume unit is 75 percent higher, says Jonas Lindberg, Senior Core Technology Engineer at myFC. 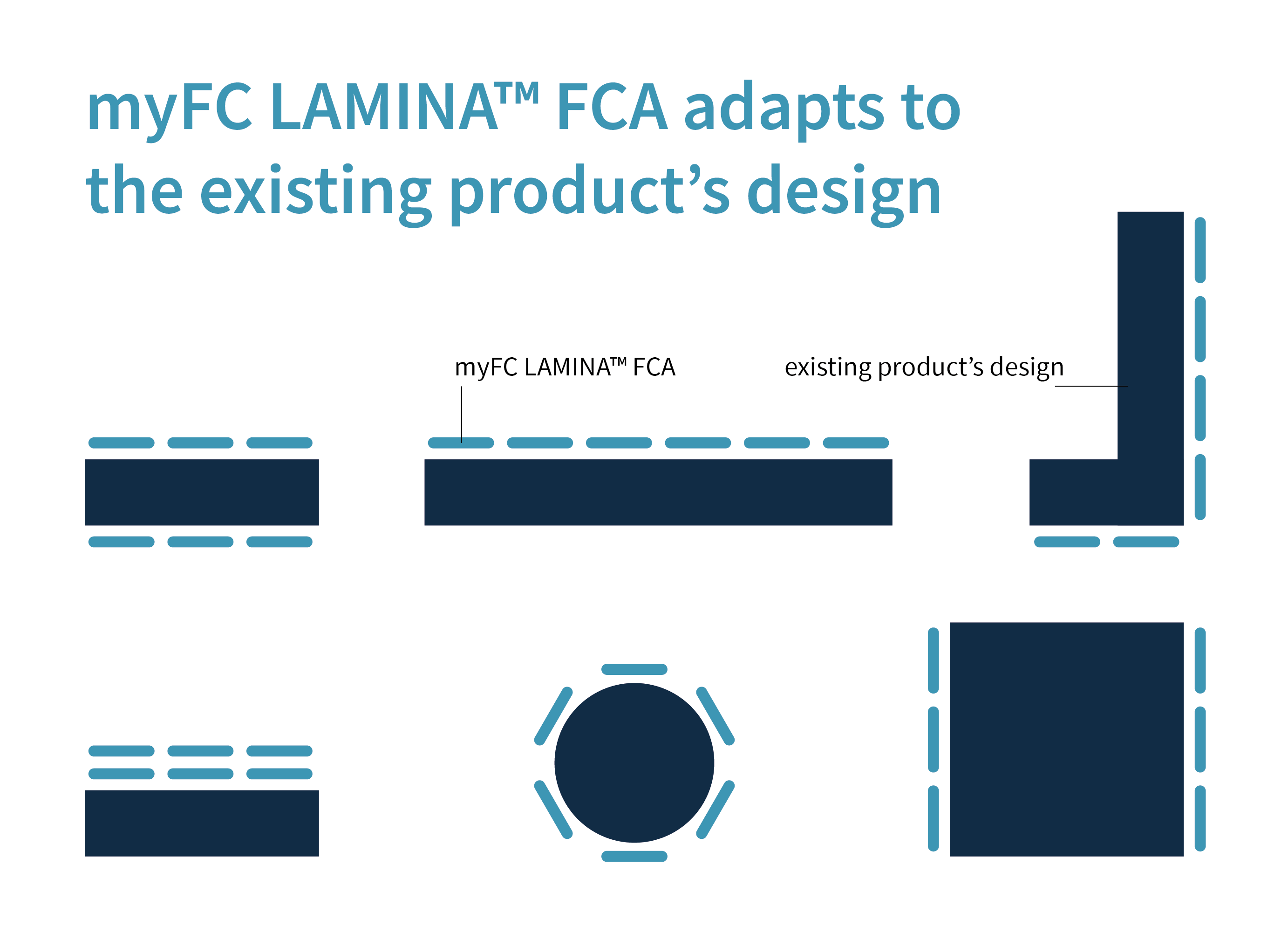 The newly developed micro fuel cell has direct use in ongoing business projects. Jonas Lindberg and his team of three doctors in electrochemistry have taken myFC's patented fuel cell technology from blueprint to a product that is already being tested in various development projects for integration in soft mobility and intralogistics.
– We have learnt a lot from the applications we have industrialized before. This has made it possible to achieve several improvements, says Jonas Lindberg.
In each fuel cell assembly (FCA), there are seven cells. The cells are connected in series, six of them deliver power and the seventh is a sensor cell that helps control the unit. In total, the FCA provides a total power of 12 watts.
Compared to myFC's previous generation of fuel cells, this is a tripling of the effect, even though the volume increase is only 70 percent.
In its strategy, the company aims at applications with power outlets of up to 3 kilowatts with a priority power range of 100W to 1kW.

A LAMINA ™ Strip is 222 millimeters long, 3.7 millimeters thin and 27 millimeters wide. In terms of power in relation to volume – in the current application with a focus on intralogistics and soft mobility – the technology can deliver 540 watts per liter.
The laminar structure makes LAMINA ™ Strip easy to adapt to different applications. The cells do not need to be mounted in cohesive stacks but can be spread out and placed where they fit best. They can also be shaped in different ways. Overall, it gives a great freedom in design in contrast to so-called stacked fuel cells, which are mounted in larger monolithic units. That quality has been important in the application that Jonas Lindberg and his team have been working on over the past year.Another difference is that where the stacked fuel cells are made up of bipolar plates, myFC's patented solution has a so-called open cathode system.
– It reduces the need for an adjacent control system (Balance of Plant), which also reduces the system cost, says Jonas Lindberg.
For example, the air that reacts with the hydrogen gas in the cells does not need to be actively led in, as in stacked fuel cells. The open cathode system also allows the air to cool the cell and helps transport away water.
– In general, it will be much less complex and more cost-effective, says Jonas Lindberg.

After a year of development, LAMINA ™ Strip is now at a stage where it is being tested in sharp projects together with customers. According to Jonas Lindberg, the road here has taken certain cycles.
– We constantly work with the project's goals and industrialization in mind. A goal that we break down into parts of one or two weeks. When one cycle is finished, we start with the next.
An iterative and exciting work, he says.
– We work purposefully and scientifically to deliver something that takes society forward, towards an increased degree of sustainability.