myFC Lab Stories is non-regulatory information from myFC's laboratory. The texts reflect the work that the company's researchers and developers carry out in the development of the patented technology. The numbers and data in this text are not to be considered as a forecast for future revenues.

If the fuel cell is something of the heart in an application, then a Balance of Plant (BOP) is its nervous system. It is a surrounding set of technologies that supplies the fuel cells with the right amounts of fuel and takes care of them in every scenario.
– Safety is another important aspect of a BOP, says Akhil Madem, development engineer at myFC. 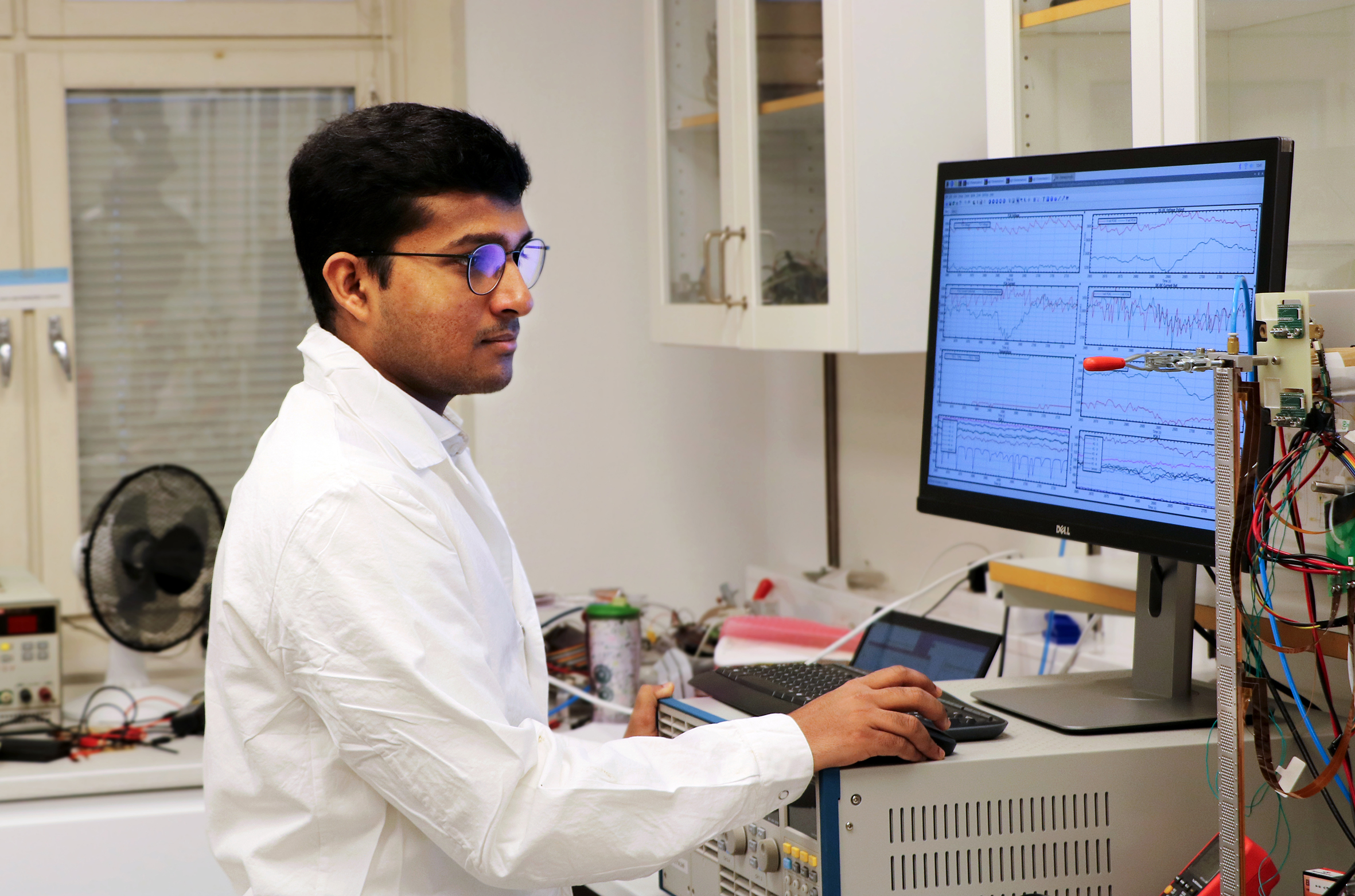 Akhil Madem describes the BOPs he designs for myFC's applications as a support system for the fuel cells.
– It helps the fuel cells function in all possible ways and ensures that nothing surprising occurs, he says. 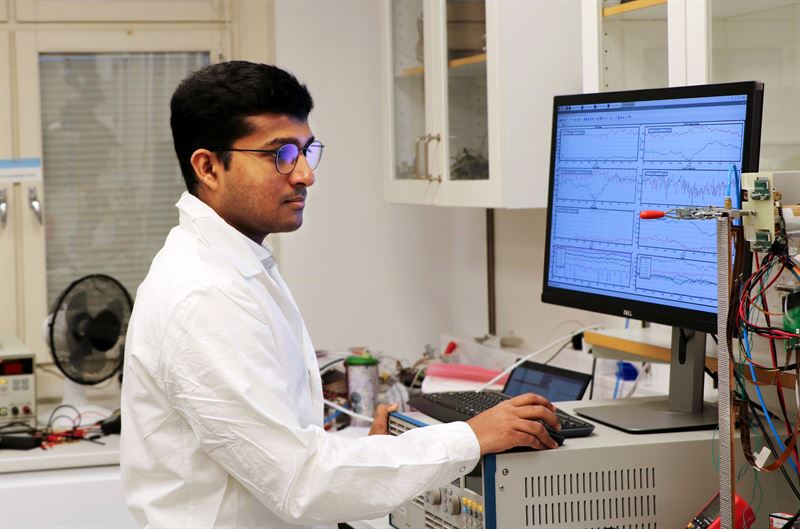 In Control. Akhil Madem, development engineer at myFC, studies measured values from a prototype to a Balance of Plant.

One of the several tasks for this support system is to monitor that the fuel cells are constantly fed with the right volumes of hydrogen, via narrow tubes that lead from the gas tank into the fuel cells. Another important function of the BOP is to contribute to the safety of the system and maintain harmony with the rest of the systems in any application.
– It ensures that all components work under good conditions, so that they do not misbehave. It can also shut down the application if the system senses some hazards.
To operate this support system, a certain amount of power is required. But it is a negligible loss in power used by myFC specific and minimum requiered BOP components.
– For example, if you have a system that produces 100 watts, you generally lose less than one watt, but it might go up to two watts sometimes.

The relatively low energy consumption distinguishes myFC's malleable micro fuel cells from the stacked fuel cells that are more common on the market. Among other things, stacked fuel cells need air supply equipment to provide fuel cells with oxygen from air.
– The extra equipment raises the costs for the stacked fuel cells. In general, they are at least about 10 to 15 percent more expensive compared to our micro fuel cell systems with open cathodes.
Each application requires its own customized solutions, which means that myFC must design unique BOPs for each of them.
– Before I start to create a new Balance of Plant, I sit down with the fuel cell team and listen to the specifications.
Then a development work takes place which can be filled with existing hydrogen infrastructure. Later, when an instrumentation diagram is prepared, and he has done his own tests, the blueprints are sent to myFC's electronics and software department, which completes a prototype.
– Some of the components can be bought on the market, others we must manufacture ourselves, sometimes with the help of 3D printers. 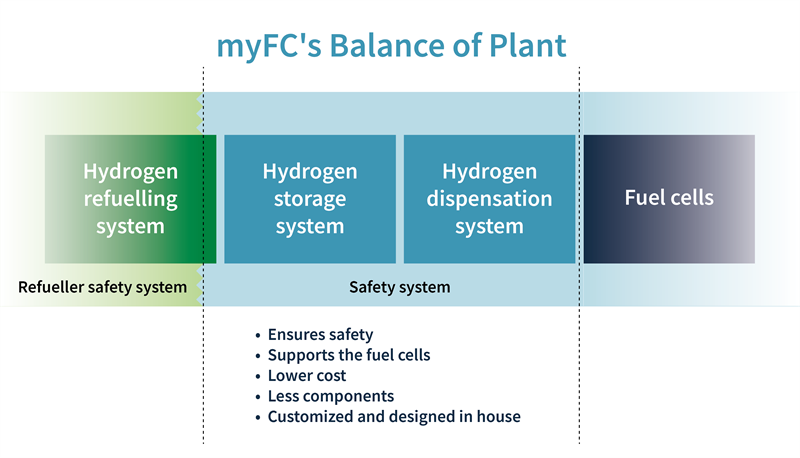 Several tasks. A fuel cell requires a support system, a Balance of Plant, which performs a number of different functions.

At the moment, he is busy creating BOPs for applications that will be used in the development projects myFC currently run together with international customers in the segments of intralogistics and soft mobility.
The work is complicated and at a high level. Expert knowledge, including electrochemistry, is required to cope with the development work.
– It is exciting and fun. I always have different intricate problems to solve, which is a bit of the essence of all engineering work, says Akhil Madem.