A decade ago, when the first e-bike shops appeared in the cities, few saw the potential. Some even reacted negatively to having engines on the old pedal two-wheelers, instead of getting exercise during the travel.
– Since then, a billion-dollar industry has emerged, and our technology is becoming an important part of that development, and part of the green transition and sustainable mobility that the EU is investing in, says Michael Glantz, CEO of myFC. 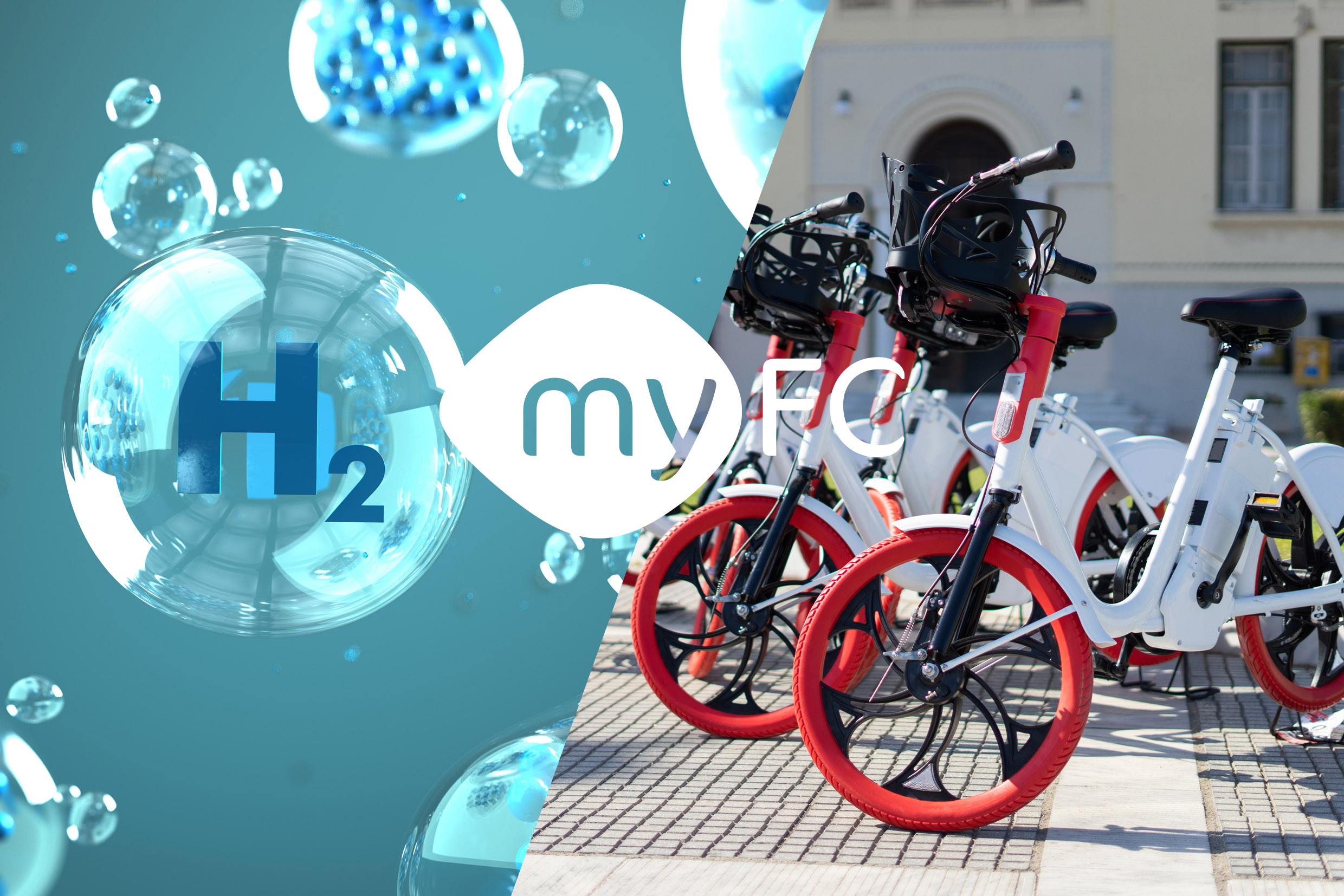 When the electric bicycle was launched, it was a sustainable alternative to vehicles with combustion engines, such as cars and mopeds. A practical solution to the challenges with infrastructure created by increasing urbanization. 30 years from now, the proportion of the earth's inhabitants living in cities will have grown from today's approximately 55 percent to 75 percent. During the same period, the earth's population is estimated to have increased to 9.7 billion.
Thus, more and more people want to live in the same urban environment. And even if the cities grow, it will still be difficult to find enough space in the streets, if everyone wants their own cars with room for four or five people. To bring the equation together, we need vehicles that need less space, and that do not require bulky parking spaces right where the land is most expensive.
– The e-bike, the electric scooter, the taxi pod, and the cargo bike are solutions that have a future ahead when neither the car nor the buses really fit in the cities, says Michael Glantz.

From being seen as an odd newcomer in urban traffic ten years ago, the popularity of the electric bicycle has literally exploded in recent years. Not least during the corona pandemic when many saw an advantage in switching to two-wheelers instead of socializing with others in public transport. In big cities like London and Paris, cycling increased by about 30 percent during the pandemic.
According to the World Economic Forum (WEF), general bicycle sales in the US increased by 65 percent from 2019 to 2020. Impressive, but a look at the electric bicycle specifically during the same period shows an even more striking figure: an increase of 145 percent.
According to market research firm Mordor Intelligence, the market for electric bicycles was valued at $ 23.89 billion by 2020, with an expectation of an increase to $ 47.68 billion by 2026. The annual value increase in the segment (CAGR) is estimated at 12.27 percent.

The American business magazine Forbes writes in a forecast that general bicycle sales in Europe will increase by almost 47 percent between 2019 and 2030. During those years, Forbes estimates that total sales on the continent have increased from about 22 million to just over 30 million, which is more than twice as many as the number of cars newly registered in European countries each year. During the same period, Forbes sees a shift at the bicycle throne: the electric bicycle will increase its share compared to the conventional, unmotorized bicycle from just over a fifth to more than 50 percent of total bicycle sales, and with a market value of over 15 billion.
When the bicycle is electrified, the industrial value added also increases. At the same time, the bike is lifted into a premium segment where consumers are willing to pay more money.

Another sign of the times that says something about the expectations of the electric bike industry is the development for American Rad Power Bikes. The company is founded by entrepreneur Mike Radebaugh, who appears to be a kind of Steve Jobs figure of the e-bike industry. As a 15-year-old, he built his first electric bicycle with the parts Radio Schack and eBay and then started his own company. He had earned the money for the parts as a bell boy.
In February 2021, investors raised $ 150 million in Rad Power Bikes, and in a further round of investment recently, the company raised another $ 154 million.
The company's sales figures indicate how the popularity of the electric bicycle has increased in the past year. Since Rad Power Bikes was started in 2007, they have sold 350,000 electric bikes. Only in the autumn of 2021, they are expected to deliver 100,000.
– In general, we see enormous potential in this market, says Michael Glantz.

myFC has recently taken an important step into the e-bike market. For some time now the company has a development project together with one of the leading global players in bicycle technology.
Operating time and range are crucial for electric bicycles, parameters that become much stronger when batteries or other accumulators – for example larger capacitors – are combined with fuel cells.
– In applications such as electric bicycles, where the spaces to fit technology in are small, our malleable fuel cells have strong advantages over our competitors' clumsier and space-consuming solutions, says Michael Glantz.
In the company's laboratory in Stockholm, work is now underway to create a drive package with fuel cells that can be fitted into the frame of an electric bicycle – a solution with great potentials.

Facts: Large interest in Italy
From a European perspective, the Italians are the people who were most interested in replacing their old conventional bicycle with an e-bike during 2020, according to a survey presented by the Japanese manufacturer of bicycle system Shimano. 13,000 people in eleven European countries participated in the survey. 30 percent of the Italians who participated stated that they would like to switch to an electric bicycle. Switzerland, Poland, and the Netherlands ended up in joint second place, with 26 percent of respondents wanting to switch to an e-bike. Spain – with 21 percent – ended up third.
The most common reason for wanting to switch was that it is less strenuous with an electric bike. In the group of 18–24-year-olds, saving time was stated as the most important motive.
More than a quarter of those surveyed who were in use of an electric bicycle or already had one, mentioned commuting as the most important area of ​​use. But as many as 31 percent stated leisure and family activities as most important.
An interesting note in Shimano's survey is that 22 percent of the Germans who stated that they were into using or buying an electric bicycle in 2020 did not think they would use it more than about once every three months. According to Shimano, this shows that a new type of bicycle buyer is emerging.