The investment company Qarlbo, main owner of myFC's partner Nilsson Energy, is embarking on a project to build 24 filling stations for hydrogen. The investment takes place in collaboration with the roadside restaurant chain Rasta, with almost 30 facilities around Sweden.
– This is very good news. The initiative strengthens the position of hydrogen and contributes in an important way to creating a sustainable society, says myFC's CEO Michael Glantz. 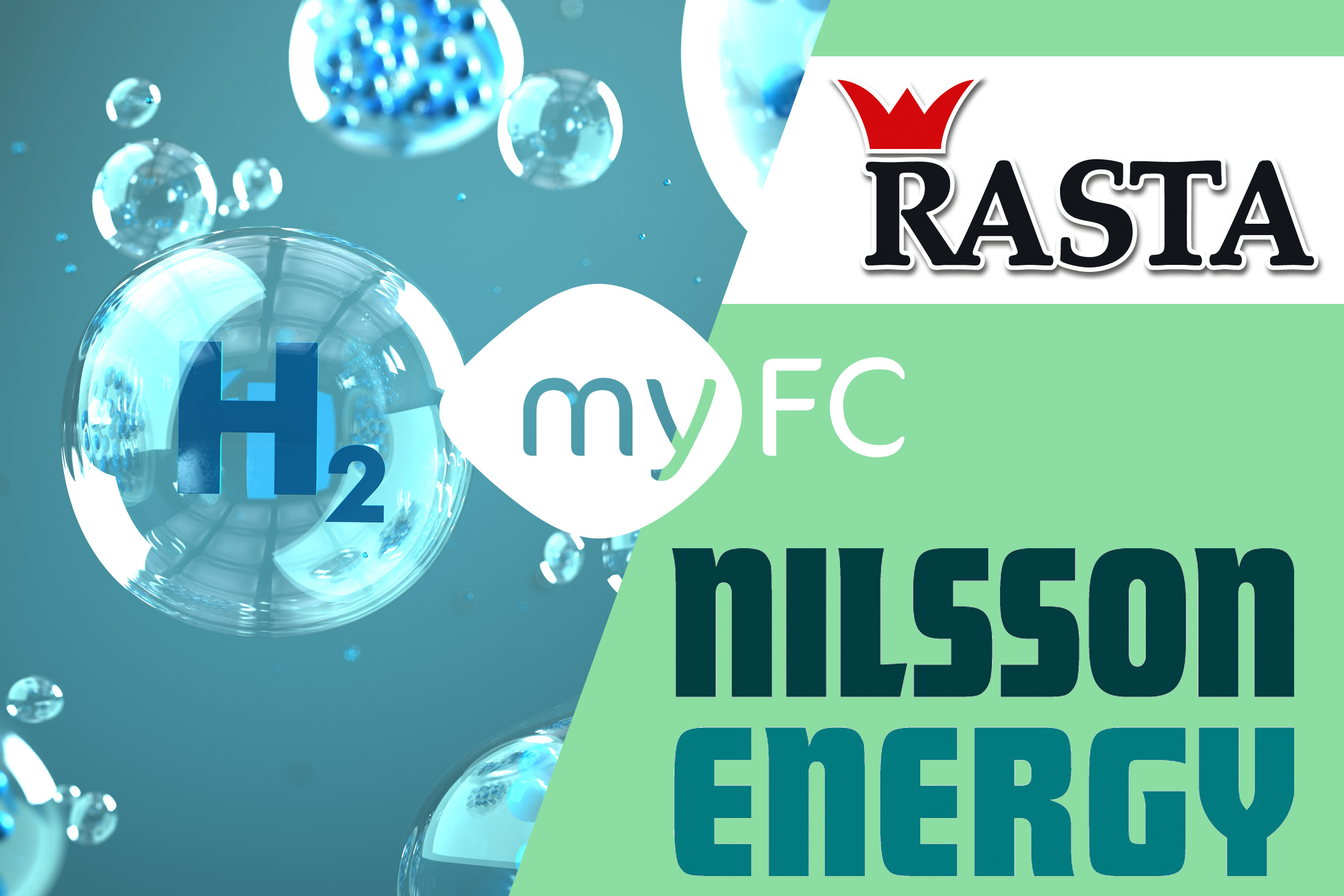 The project, which is mainly aimed at heavier vehicles such as buses and trucks, has a budget of SEK 515 million, of which Qarlbo contributes SEK 161 million. The rest comes from the Swedish Environmental Protection Agency's (Naturvårdsverket) investment support The Climate Leap (Klimatklivet), which aims to provide support for local and regional measures that reduce climate-affecting emissions in the country. According to the Swedish Environmental Protection Agency, the invested funds must provide "the largest possible emission reduction per invested krona". Qarlbo's CEO Per-Arne Blomqvist is looking forward to the project and its effects.
– Through this initiative, we can contribute to climate change, he says.

According to Martina Wettin, co-founder at Nilsson Energy, the fact that the project is about green and sustainable hydrogen makes the project unique.
– There are hydrogen stations in other countries, but in Sweden we have the right conditions to be able to create a network of filling stations with only green hydrogen. No one else can do it today, she says.

The first station will be established in the town Mariestad, and is expected to be ready by 2024. In 2024, a total of nine stations will be created, the following year the remaining 15 stations will be ready.

With Rasta as a partner, the project can benefit from an already established infrastructure, which also keeps costs down. The company is Sweden's largest truck stop chain and serves approximately 15,000 vehicles per day.
– Hydrogen is gaining more and more ground, and this is exactly the boost it needs to establish itself seriously as a fuel in Sweden, says Michael Glantz, CEO of myFC.