myFC's partner Nilsson Energy – producer of turnkey plants for hydrogen production of hydrogen – will be part of the new development area Gateway Säve in Gothenburg. At what was previously Gothenburg City Airport, a business park is now being built with a focus on the future of aircrafts, autonomous and fossil-free vehicles, and flexible logistics.
– Nilsson Energy ends up in a perfect environment, where there are many opportunities for synergy effects and development potential, says Michael Glantz, CEO of myFC. 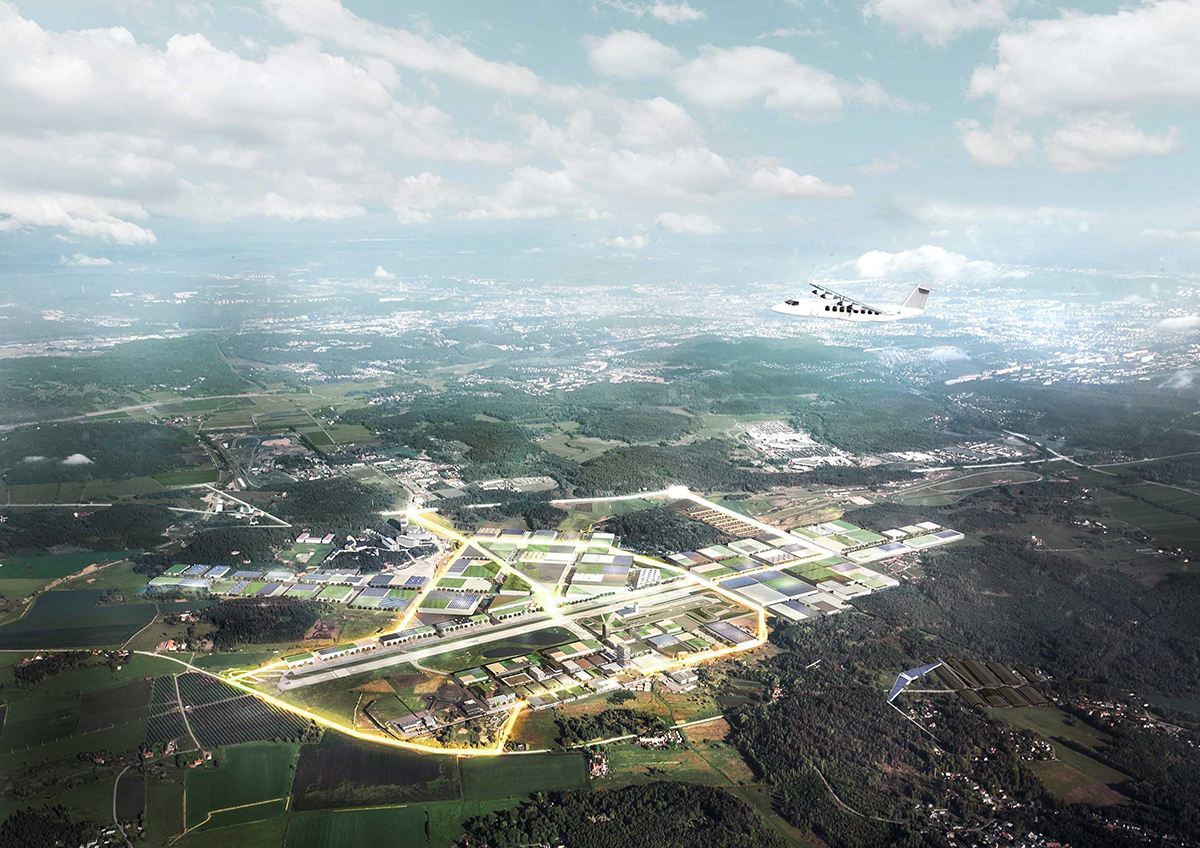 When Gothenburg City Airport closed in 2015, there were various plans for what would happen to the former airport. After some events, the real estate company Castellum became the owner of the area and began to sketch out their ideas for Gateway Säve, which will be developed over a ten-year period. According to Castellum, the plan is to create almost 900,000 square meters of modern logistics and business premises, plus test areas for fossil-free and self-driving vehicles both in the air and on the ground. Among those who have already established themselves in Gateway Säve – 15 minutes from Gothenburg city center – is Heart Aerospace, which manufactures electric aircrafts for passenger traffic.

This autumn, Nilsson Energy will move into temporary premises, until their more permanent facility is completed in the spring of 2022. Martina Wettin, co-founder, and board member of Nilsson Energy is very pleased with the development.

– In addition to optimal premises for the ramp-up of our power facilities, we get access to an environment where several companies and competences share the same visions as us, with the aim to find solutions for tomorrow's energy and how it can contribute to a more sustainable planet, she says.

The company, which produces turnkey facilities for producing green hydrogen, now sees an opportunity to build a hydrogen hub in Gateway Säve.

Here, Castellum establishes, among other things, a test bed for electromobility and according to the company, the ambition is to build a cluster for innovation and development of the sustainable transport and mobility of the future.

According to Castellum's regional CEO Mariette Hilmersson, Nilsson Energy fits in very well with the ambitions for the area.

– We are incredibly happy that a pioneer in fossil-free energy solutions chooses to establish themselves at Gateway Säve. It is proof that we are really on the way to creating a national center for fossil-free mobility both on the ground and in the air, she says.

myFC has for some time had a collaboration agreement with Nilsson Energy, where the companies' competences match each other and forms a strong offer.

– Together we can deliver a complete solution to produce green and sustainable electricity. Among other things, we see a strong potential in the logistics industry, says myFC's CEO Michael Glantz.

Nilsson Energy's facilities, the size of ordinary containers, are easy to place adjacent to a factory or warehouse building. With storage robots equipped with myFC's micro fuel cells – and with green hydrogen from its own local facility – a company in intralogistics can increase its efficiency and competitiveness, as well as reduce its climate footprint.

– At the same time, they become less dependent on fluctuating power prices and less affected by the lack of infrastructure for electricity, says Michael Glantz.

One company that has seen the potential of myFC's patented micro fuel cells is the German premium car manufacturer Porsche, which in a development project is testing the technology in the automated storage robots at their logistics center in Leipzig.