Micro Fulfillment Centers (MFC) are a sign of the times. These small, cramped, and robotized warehouses are often located in central locations close to e-commerce consumers, which enables very fast deliveries.
– It is a segment of intralogistics where we are looking for opportunities for our green and smart technology, and where it would provide decisive benefits, says Michael Glantz, CEO of myFC. 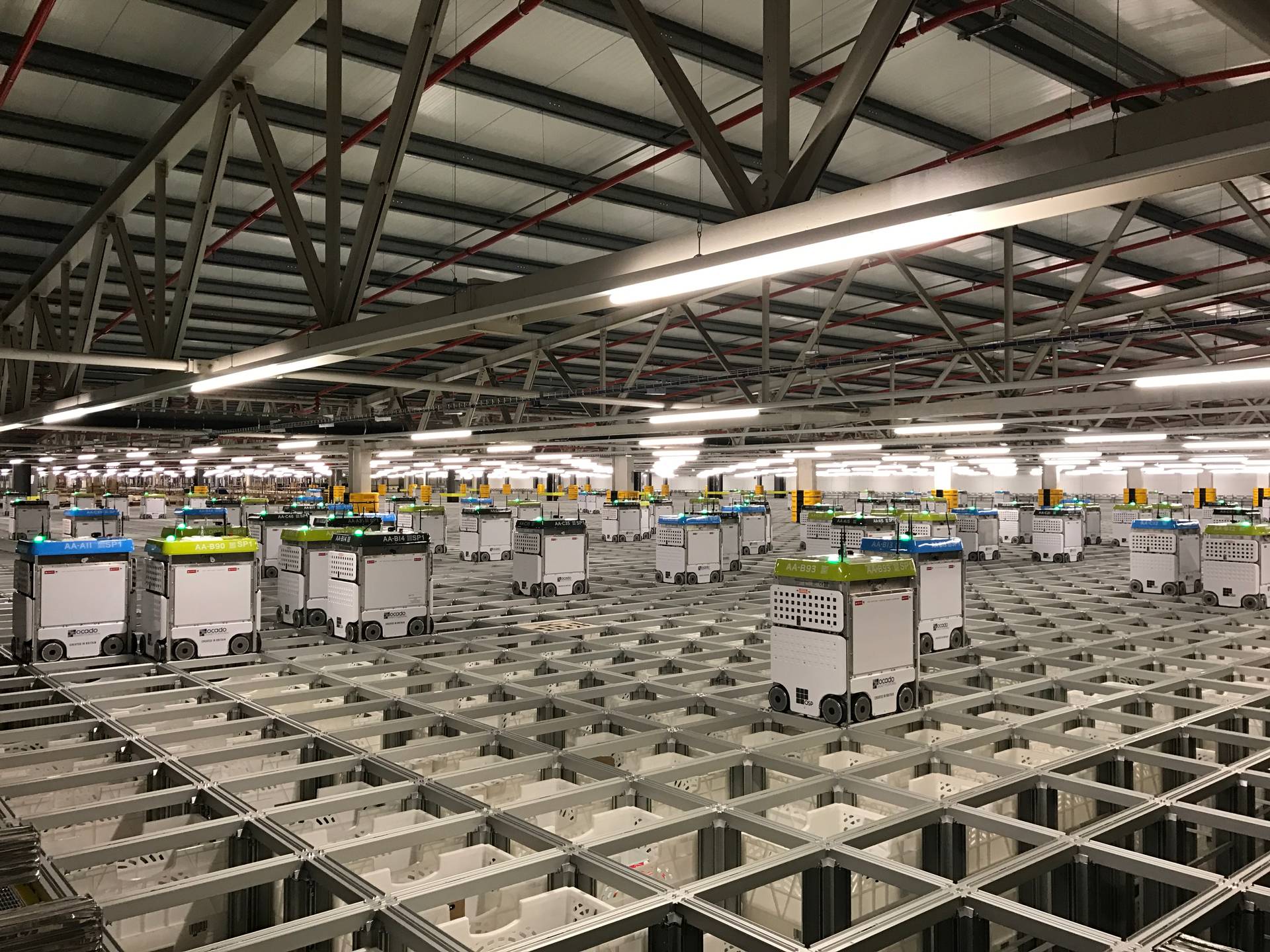 For anyone who in recent years has ordered from one of the major online retailers, such as Amazon, Netonnet and others, it is obvious that something decisive has happened. A computer ordered in the morning can arrive with a courier at the door only a few hours later.
Not so long ago, it used to take several days, not to mention the old days of mail ordering – the analogue predecessor to e-commerce – when a few weeks of waiting time was customary.
The development was already underway but received a good boost from the corona pandemic. The advantage of being able to order from home and have it delivered to your door was suddenly obvious, and the e-commerce companies quickly increased their profits. One example is Boozt, which more than doubled its profits in the second quarter of 2020, when the virus quickly spread around the world. Also, for the German competitor Zalando, 2020 was a good year, with growth of just over 23 percent for the full year. And for Amazon, 2020 meant a sales increase of 38 percent.

Today's e-commerce companies have defined speed as a crucial factor in keeping customers satisfied and competition at a distance. The companies have also realized that last mile delivery is a large part – 41 percent – of the total cost when a product is transported from a factory somewhere in the world via logistics companies to an e-commerce-store, and via additional logistics chains to eventually reach a customer. Small and efficient Micro Fulfillment Centers, strategically located close to the customers, are a solution that reduces those costs.
In the Micro Fulfillment Centers, pick-and-place robots work together with automatic logistics robots, AGVs, with minimal supervision of humans. The centers are small, the average size is about 1,000 square meters, and they often end up centrally located in cities or in well-chosen places at the countryside. Building them up is a very speedy process, according to Irish market researcher Research and Markets, it can be done in four to eight weeks.

One company that has invested in this technology is the Swedish ICA Group. In May 2018, the company announced a cooperation agreement with the British Ocado Group, based in Hatfield, England. Ocado Group – which has sales of around SEK 20 billion – are experts in building Micro Fulfillment Centers. They have most of their customers in North America, Australia, and England. In Europe outside England, they have established themselves in Sweden, France, and Spain.
For ICA's part, the shift to the new e-commerce platform will take place in 2021. The company is building a highly automated warehouse in Stockholm, with the aim of being able to deliver food and other goods to their e-commerce customers in the area.

The agreement with Ocado Group gives ICA exclusivity in Sweden and the Baltic countries.
The shift to the new e-commerce platform means an investment of approximately SEK 600 million for ICA, which is well-invested money according to the group's CEO Per Strömberg.
– We lay the foundation for the next generation of e-commerce offering and get an important piece of the puzzle in place to realize our digital ambitions for the entire ICA group, he says.
In general, the food industry is a segment that has taken e-commerce to their heart during the pandemic. According to data from the site Grocery Dive – which is quoted in the business magazine Forbes – online trade in food in the US increased by 43 percent from March 2020 to March 2021. 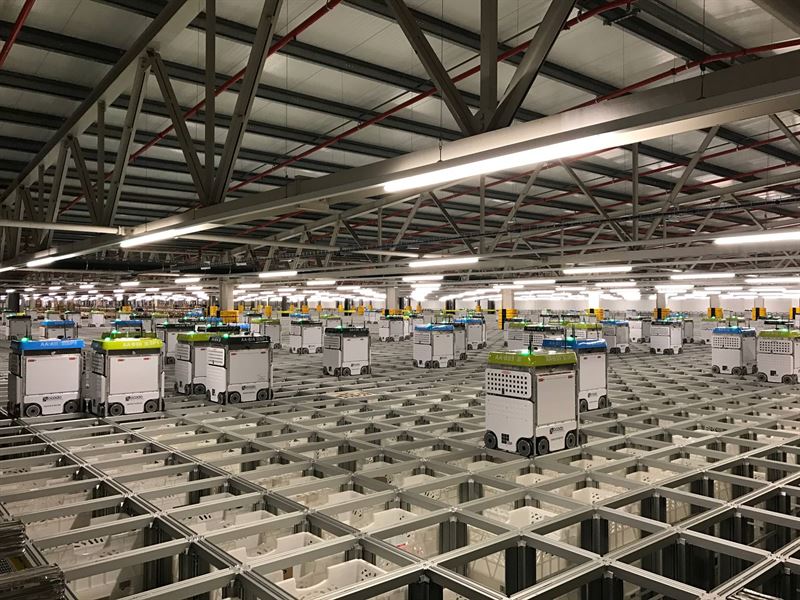 Micro Fulfillment Centers are a part of the intralogistics segment that is of great interest to myFC, an area where the patented technology with malleable fuel cells would make a big difference. The automated warehouse robots that transport the goods between pick-and-place units and palletizing robots are powered by batteries, and therefore need to charge at regular intervals.
– The advantage of equipping them with our fuel cell technology is that the filling of hydrogen is very fast, in just a few minutes. Then you get an uptime of 99.5 percent, says Michael Glantz, CEO of myFC.
This means that the centers can manage with fewer robots and can also save on storage space. Which means lower costs, not least in the urbanized areas with expensive square meter prices, where the Micro Fulfillment Center often ends up.

For a food chain like ICA, which handles goods in refrigerated areas, there is an extra benefit of using fuel cells in their warehouses. The fuel cells give off a certain amount of heat to the surrounding technology, which increases the capacity and the lifetime of the robots' temperature-sensitive lithium-ion batteries.
Operators who also combine fuel cell operation with a plant for their own hydrogen production receive a green and sustainable energy supply that is independent of fluctuating electricity prices and has a minimal climate impact.
– Our partner Nilsson Energy can offer a smart, turnkey solution, says Michael Glantz. 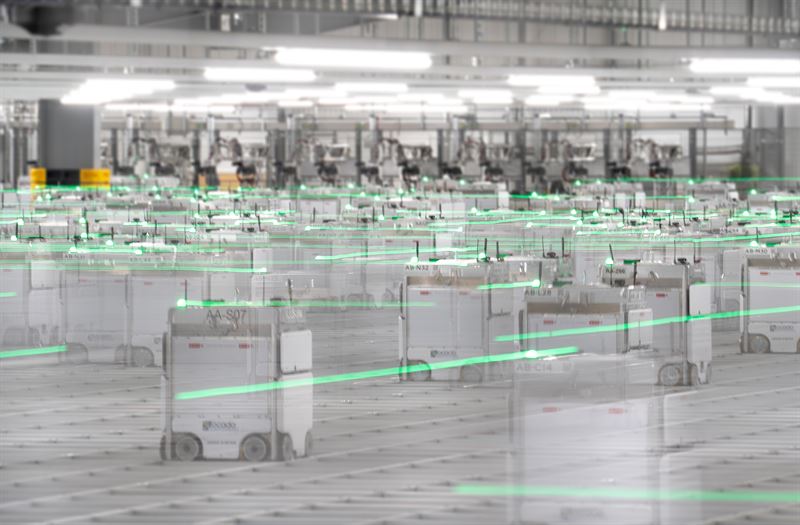 Constantly at work. A web order can occur at any time of the day, which means that the robots need to have a high uptime. With only batteries as an energy source, they need to charge during a part of the day must. But if the battery is combined with fuel cells, uptime increases to 99.5 percent. Photo: Ocado Group

myFC is currently in the middle of a proof-of-concept project together with the premium car manufacturer Porsche. The collaboration focuses on sustainable intralogistics.
– A very exciting project, where we install our technology in the automated robots Porsche has in one of its warehouses in Leipzig.
Companies who have or supply Micro Fulfillment Centers are part of the intralogistics segment, which is one of myFC's priority segments.
– This is an area where we can, in a very direct way, contribute to reduced investment costs and increased competitiveness, and where we can help taking a step in the right direction with the green transition, says Michael Glantz.