Summer Olympics 2020 – a manifestation of hydrogen

The world's largest manufacturer of cars, Toyota, is convinced that fuel cell technology is an important part of their green future strategy. The conviction is so great that two years ago they released 23 740 patents, free of use for others.
– It shows how great their confidence in hydrogen technology is, as the energy carrier of the future, says myFC's CEO, Michael Glantz. 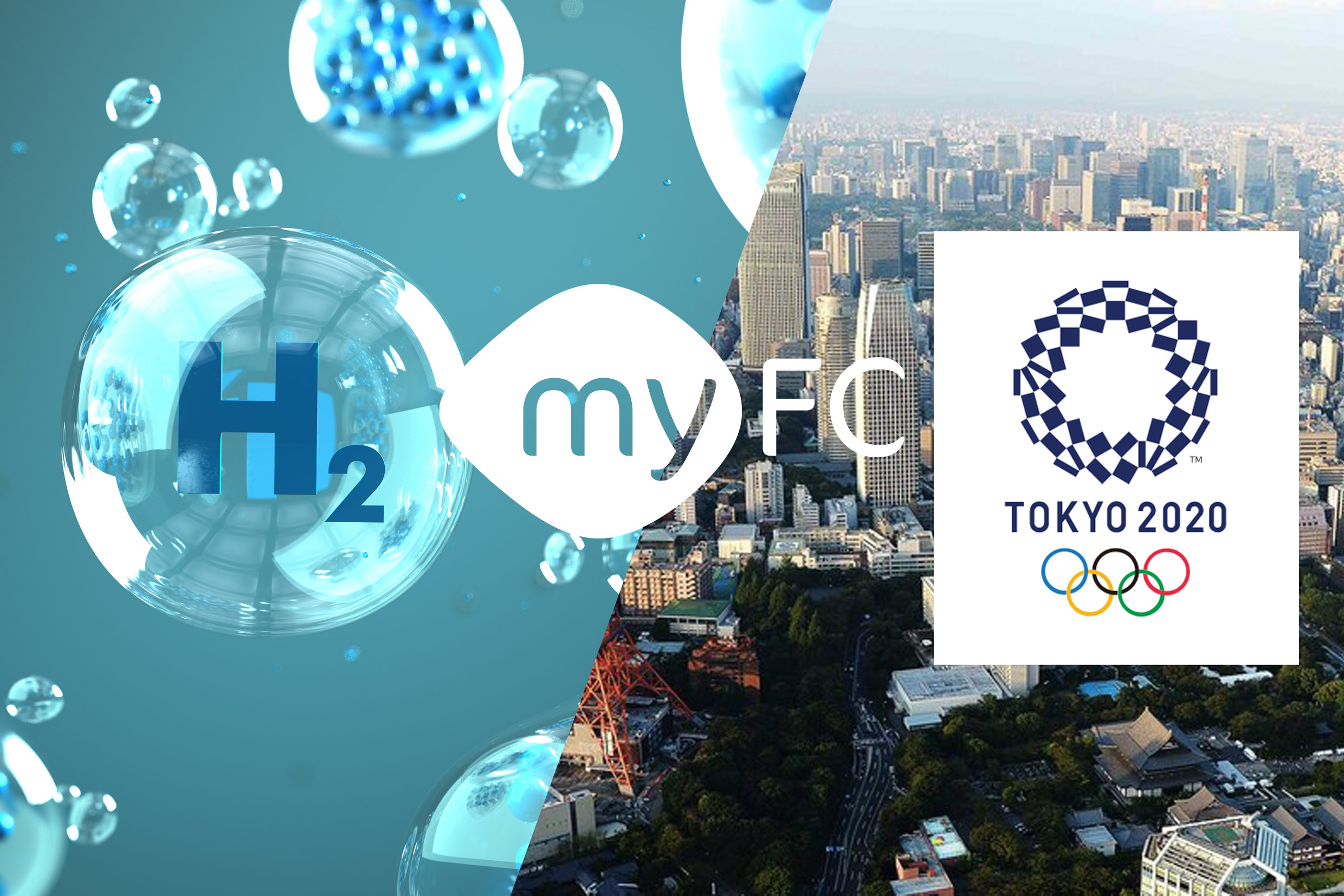 July 23, one year late, the Summer Olympics 2020 opens in Tokyo. Not only is it this year's largest and most anticipated sports event globally, but it is also the largest manifestation to date for the sustainable mobility and sustainable transport systems of the future. This through Toyota's main sponsorship.
The absolute focus is, not entirely unexpectedly, on hydrogen technology as the most important enabler for a fossil-free, emission-free and long-term sustainable society.

Over the past decade, there has been sort of a battle between VW and Toyota over who is the world’s largest manufacturer of cars.
If you compare the two companies, both have made completely different choices in the pursuit of reduced fossil dependence and reduction of emissions during the 2000s.
VW chose to refine its internal combustion engines – until the big revelation about manipulated emission values in 2015, also known as Dieselgate. Since then, they have turned to a 100% investment in electrification.

Meanwhile, Toyota has been working on electrification on an unreduced scale. Since its launch in 1997, the Toyota Prius hybrid car has become a bestseller, an icon.
Even before the Dieselgate burst, Toyota had launched the fuel cell car Mirai (means future in Japanese). Instead of lugging around heavy and energy-intensive batteries, it had been equipped with a fuel cell to provide the electric motor with the necessary energy. Anyone driving a Mirai can travel 500 kilometers, without emitting any exhaust fumes other than water vapor.

Toyota is a company with a strong corporate culture and constant development of methods to strengthen competitiveness. Something that is based on unique driving forces and convictions vis-à-vis not least North American vehicle manufacturers.
The Kaizen-method – the work with continuous improvements in the pursuit of perfection – combined with lean production, is a successful synthesis that the company has labeled "The Toyota way". Now we are facing a new core motto in Toyota's success story. It's "Let’s go beyond zero".

Let’s go beyond zero, is Toyota's commitment to contribute to a world beyond emissions and beyond limits. An inclusive world where people experience the freedom to move, with the support of Toyota's leading electrification technology and mobility innovations, matched with the best customer experience.
– Together we must switch to more sustainable alternatives, hydrogen and fuel cells are currently the most reasonable route, says Michael Glantz.
Toyota is far from alone in the mobility and transport sector in adopting fuel cell technology. But they are clearest and probably at the forefront of large-scale.